Shilajit is also known as mumijo in some regions of the world. It is a blackish resin that is made from high mountain rocks found in Nepal, Himalayas, Girda, Russia, Chile, and Mongolia. This naturally occurring compound is formed when plants decompose naturally over centuries through microorganism action. It has been used in Indian medicine for centuries, especially as an anti-aging substance.

Today, we will learn more about Shilajit’s history and origins.

The Origins of Shilajit According to Legend

During the Samudra Manthana, Shilajit was created through the friction between celestial spheres. Ancient Hindi philosophy suggests that the Asuras and Devas agreed to agitate the primal oceans to find the Nectar of Immortality called the amrita. To churn the oceans, they wrapped Vasuki Naga, the king snake, around the Mount Mandara. This mountain was used as a replacement for a churning rod that helped to mix the ocean. Since the churning was labor-intensive, the demons and the gods began to sweat. The sweat mixed in with the amrita, creating deposits of Shilajit in all the mountains of the world.

But that’s all legend. Let’s get to the Shilajit history as documented.

Shilajit was first documented in the 6th century BCE. A 3rd century Sanskrit medical professional, Sushruta Samhita wrote about it in his journal. It was described as a gelatinous substance found in the side of the mountains when they became hot. It was known as a cure for distempers in the body.

In the medieval era, Shilajit was considered a nutrient-rich fluid that gave humans magical powers if taken with honey, ghee, herbs, and metals. Siddhanjana, a famed alchemist, created the Ointment of Mags that contained Shilajit mixed with other herbs, minerals, and metal oxides too.

While you can find Shilajit in colors from yellowish-brown to dark black, the most potent for Ayurvedic medicine has always been pitch-back color. It is known in many places as Mountain Blood, rock sweat, stone oil, or mineral oil as it seeps through the cracks in the mountains from the sun’s warmth.

Shilajit is collected from the mountains and then cleaned of any impurities. It turns into a brownish-black paste that has a bitter taste and glossy surface. It is also dried and sold as powders in many regions for its medicinal properties. It dissolves easily in water without leaving behind any residue and softens when warmed up.

It is indeed an ancient substance that has been used in medicine for centuries. Shilajit history shows that black powder has been a vital part of healing for a long time.

END_OF_DOCUMENT_TOKEN_TO_BE_REPLACED

So what are Shilajit benefits? Shilajit is a mineral base derived after breaking down plant matter and other minerals. It is a tar-like, black, sticky substance that was traditionally found in Tibet and India. While it has been a part of Indian Ayurvedic medicine for many centuries, Western medicine is also recognizing its impactful healing... 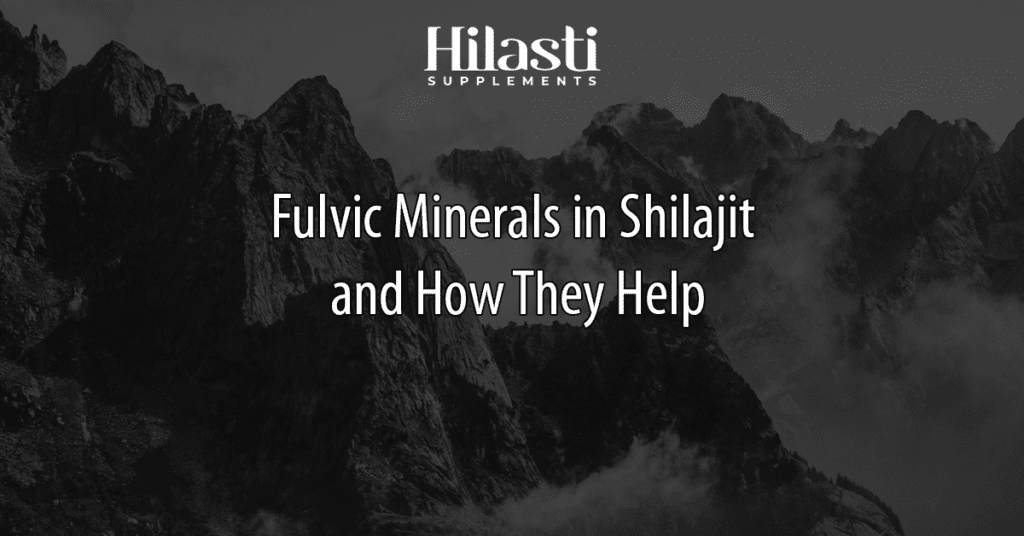 END_OF_DOCUMENT_TOKEN_TO_BE_REPLACED

Fulvic Minerals in Shilajit and How They Help

If you are looking to improve your wellbeing and health, you will have most likely heard about Fulvic minerals in Shilajit. These trace minerals are designed to help us function in everyday life, but a lot of people don’t have proper knowledge of them to make use of natural minerals. Today, we will learn more...